Does Anyone Want A Beer? 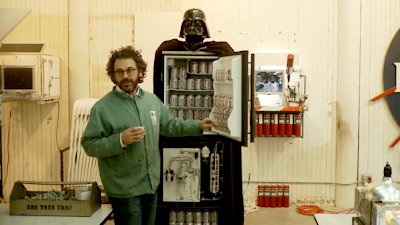 i know i’ve gone on and on about the selby in here before, but as big a fan as i am, i didn’t know he was making little movies, too. they are the perfect equivalent of his pictures: quirky and largely dependent on the personality of the subject. but boy, does he know how to pick his subjects. had never heard of this tom sachs guy, but i love him. he had me at knolling.
and then again when he opened his darth vader beer fridge.
the selby videos via anothersomething