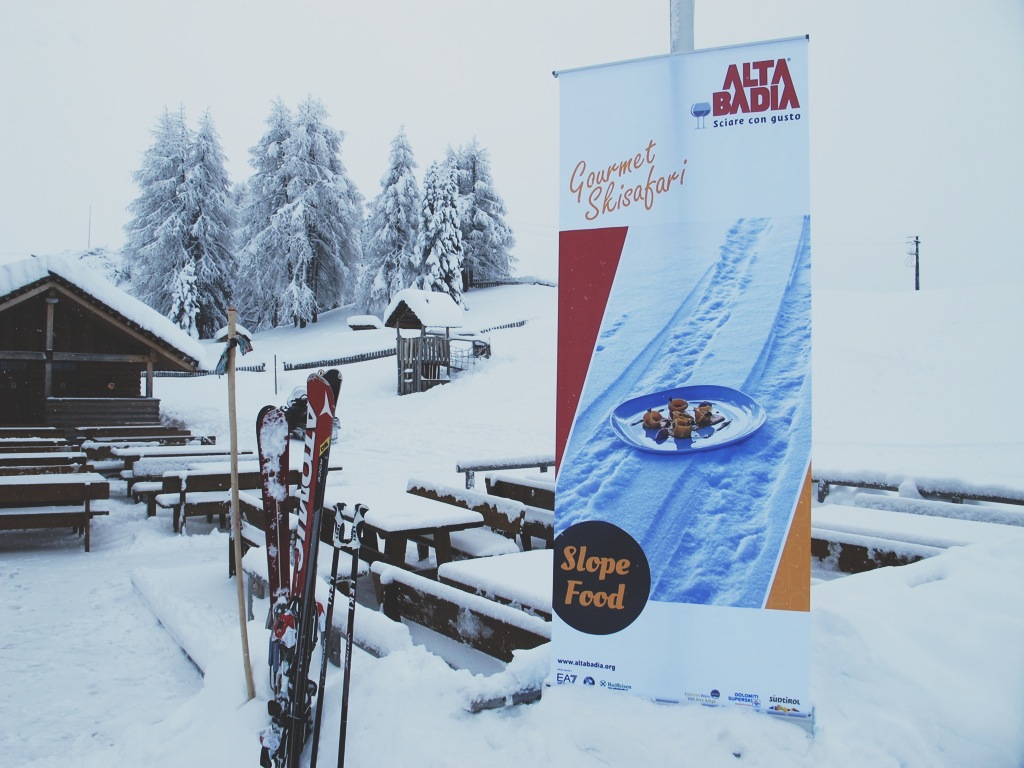 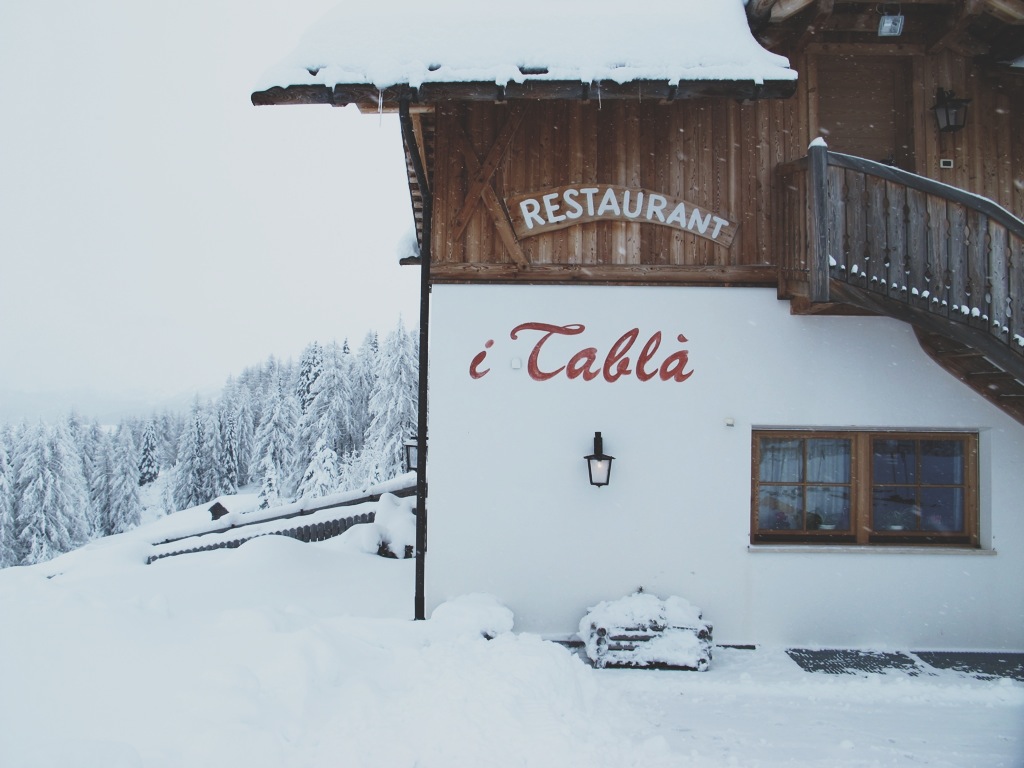 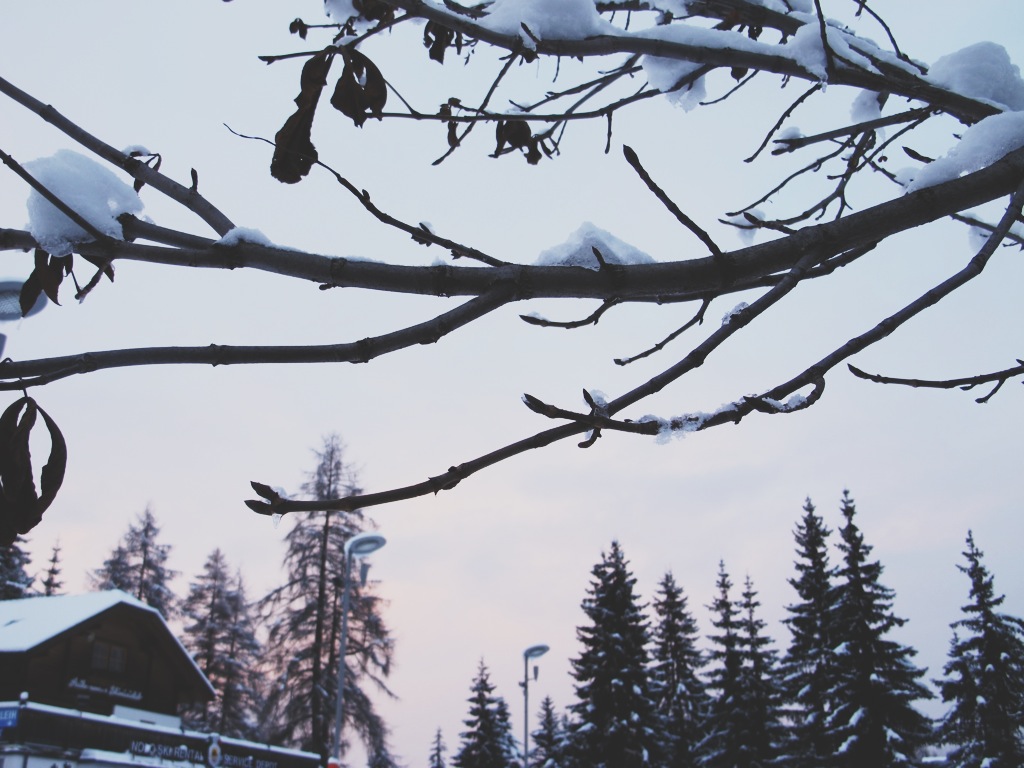 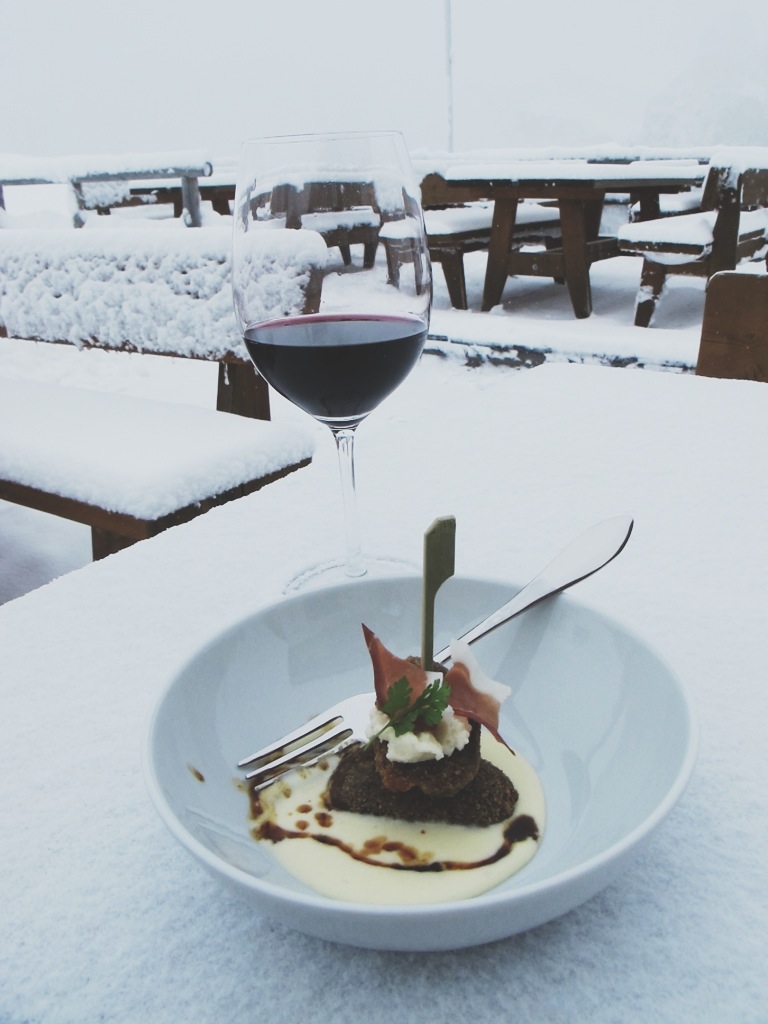 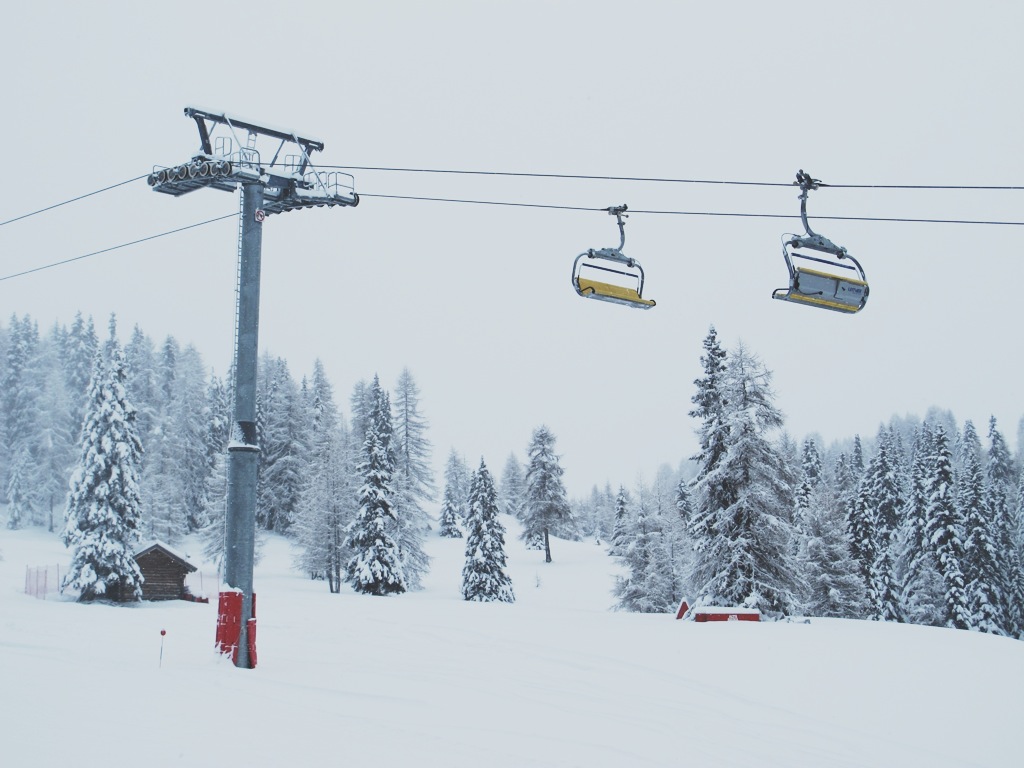 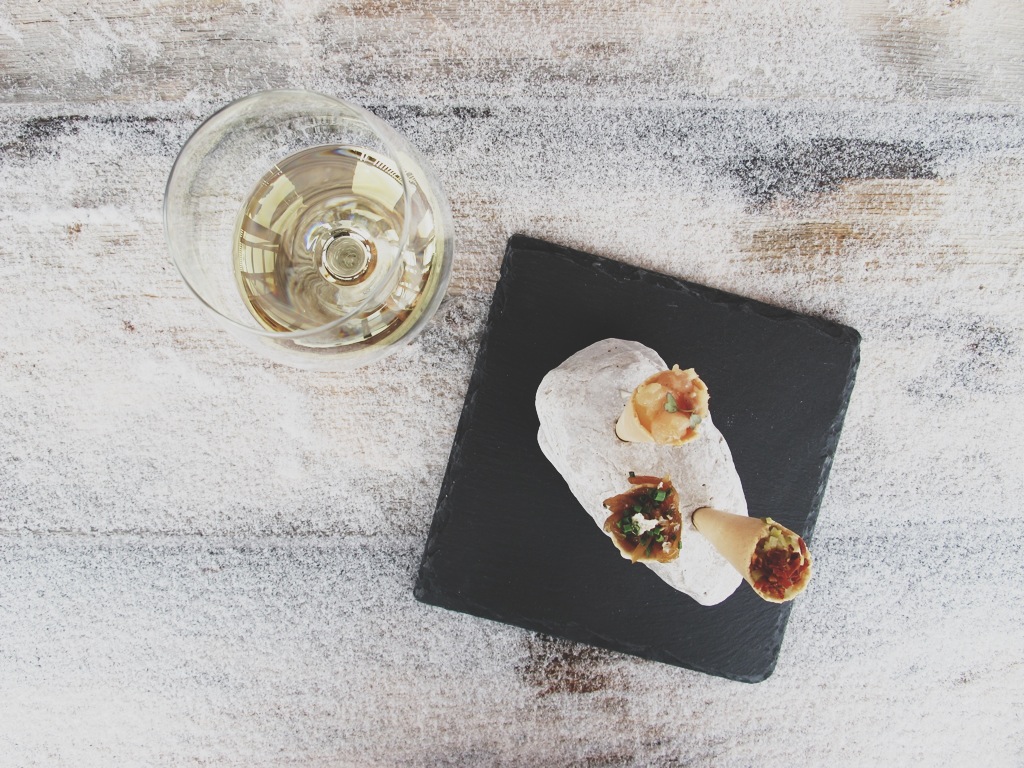 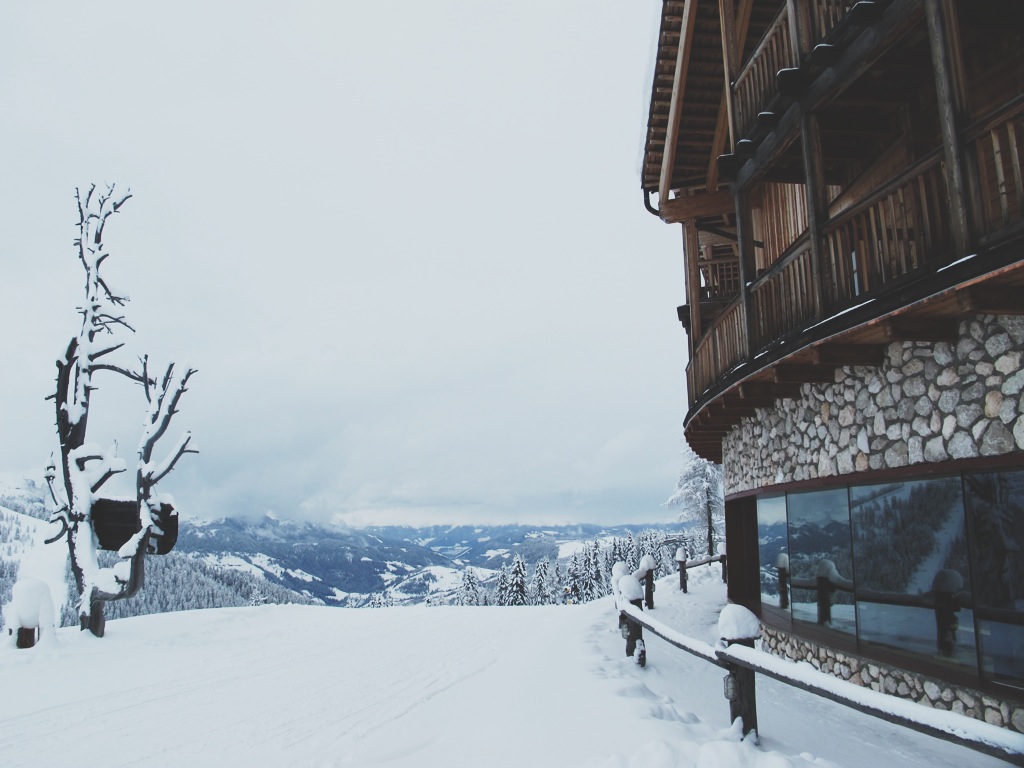 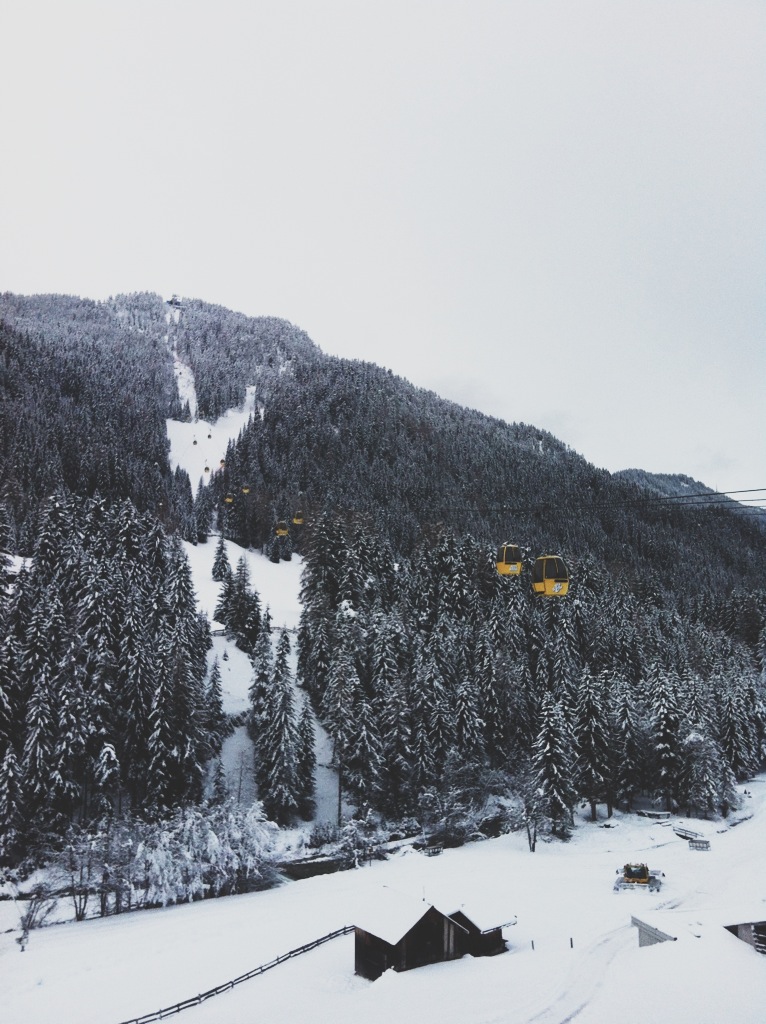 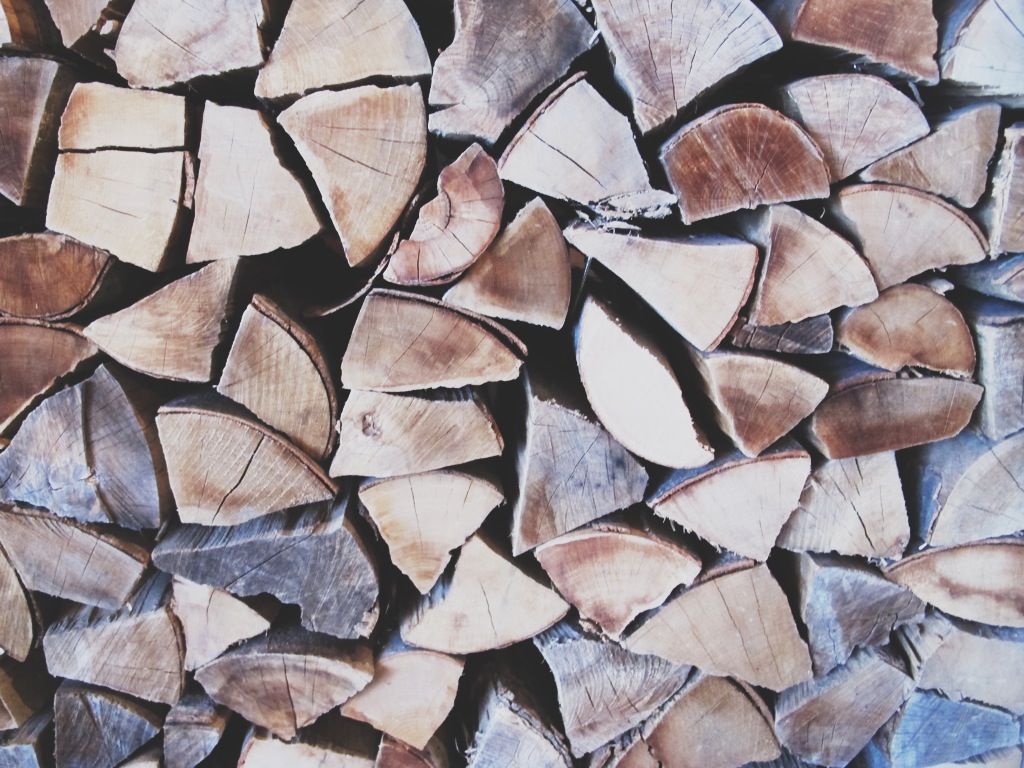 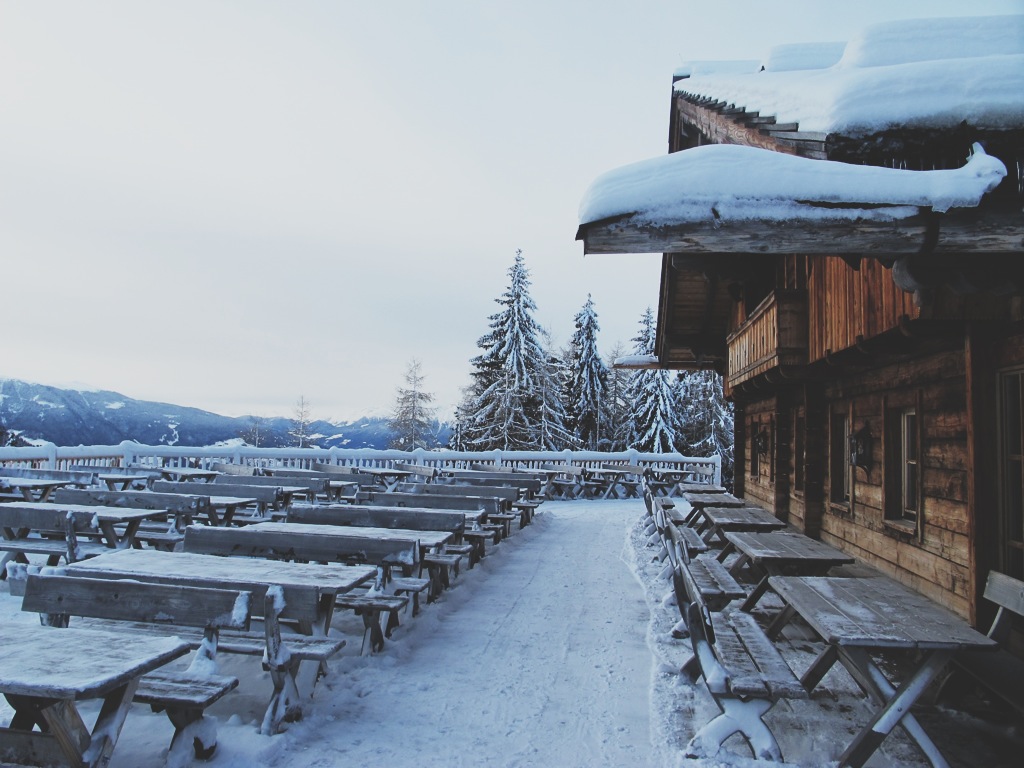 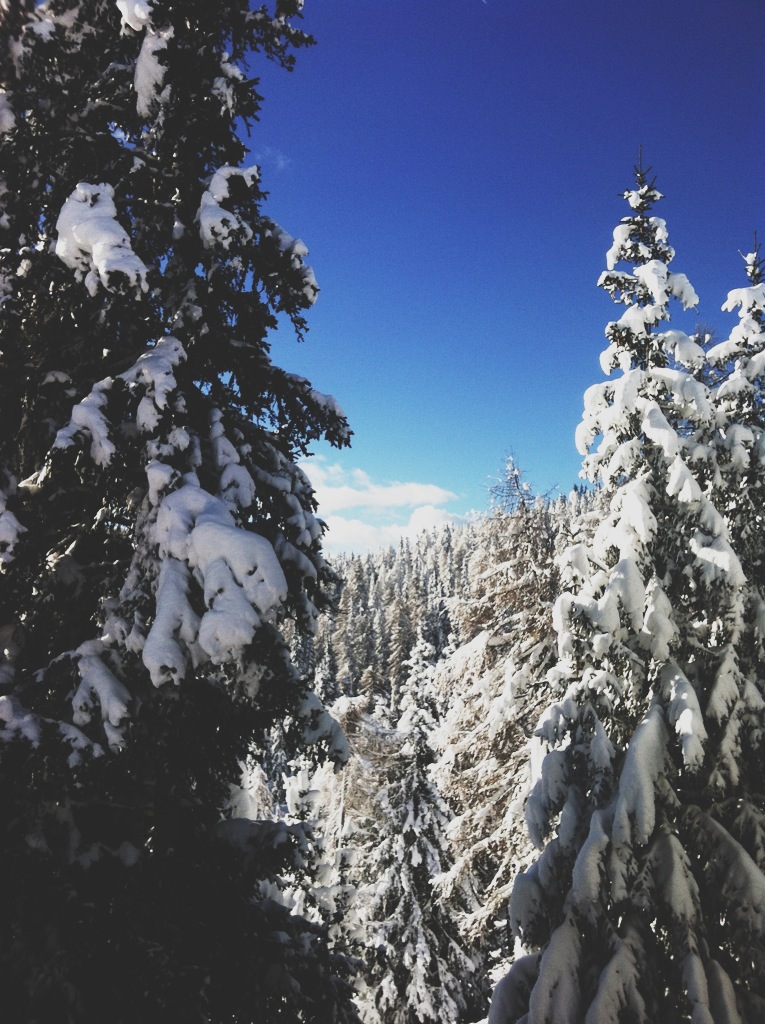 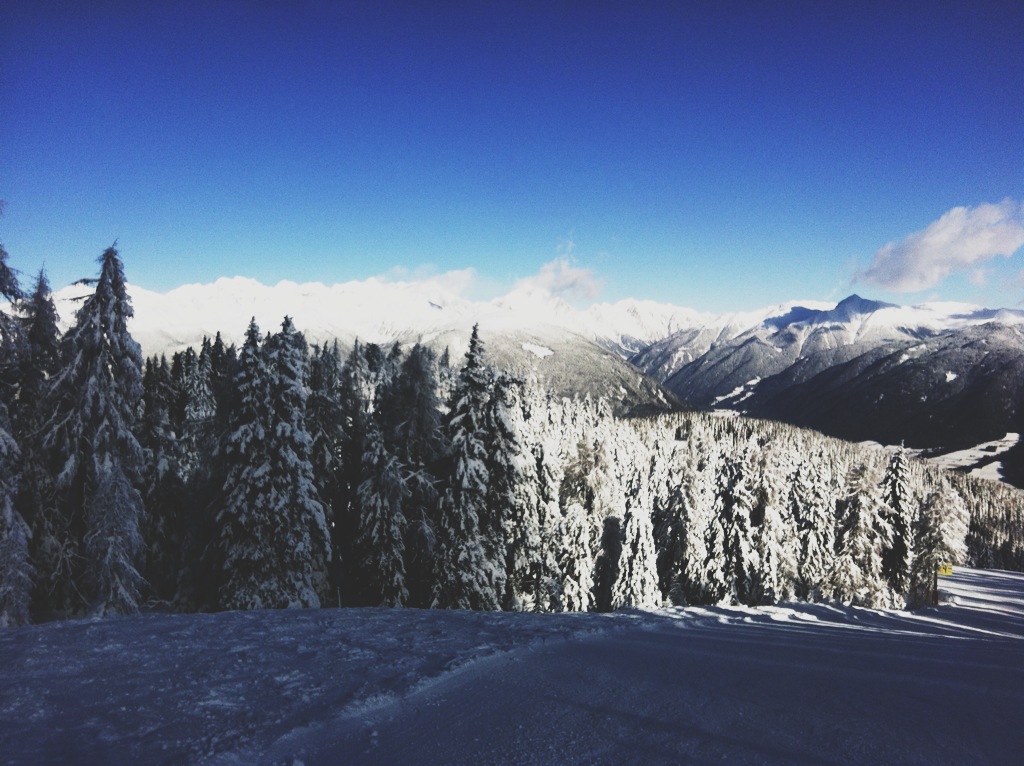 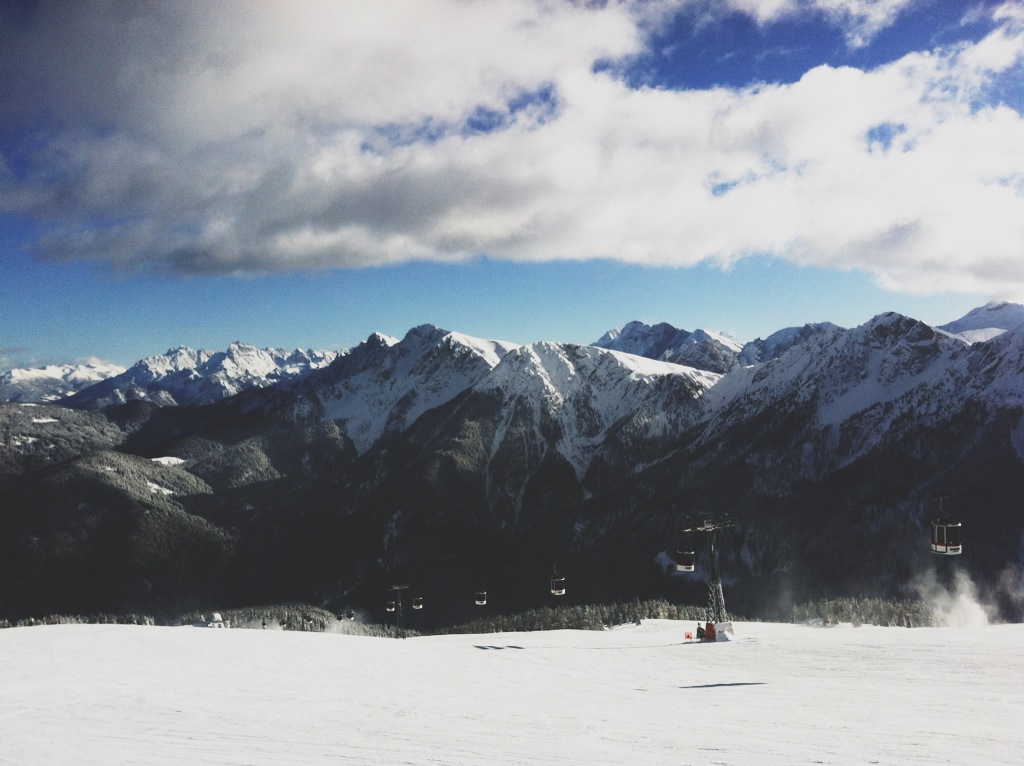 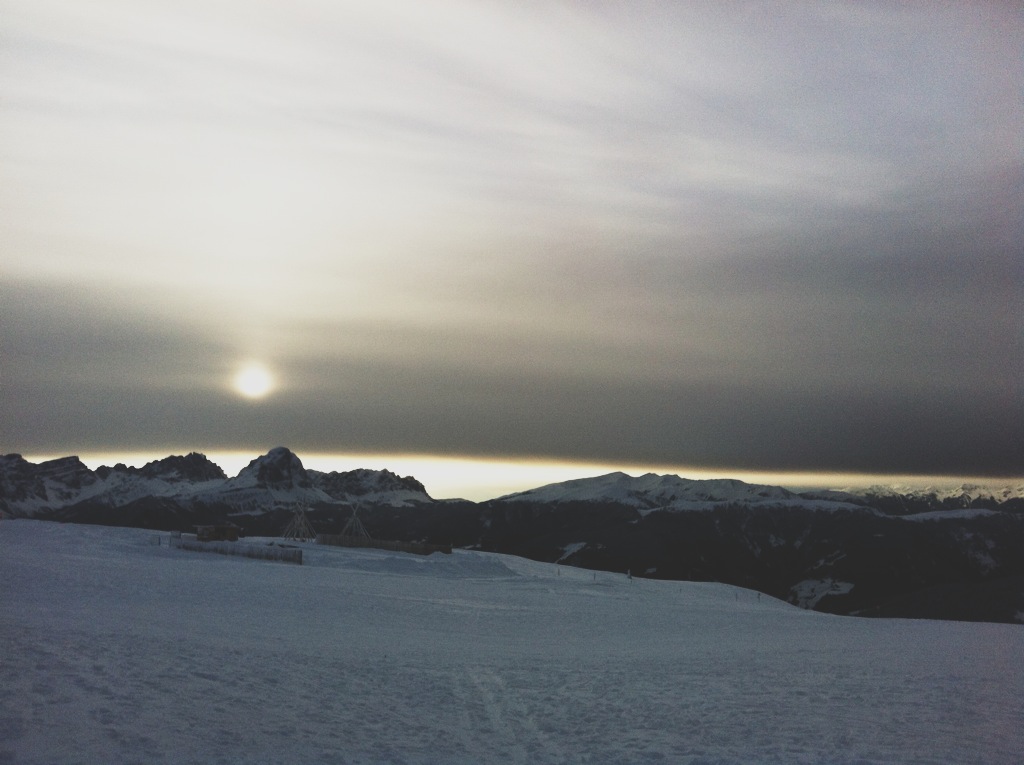 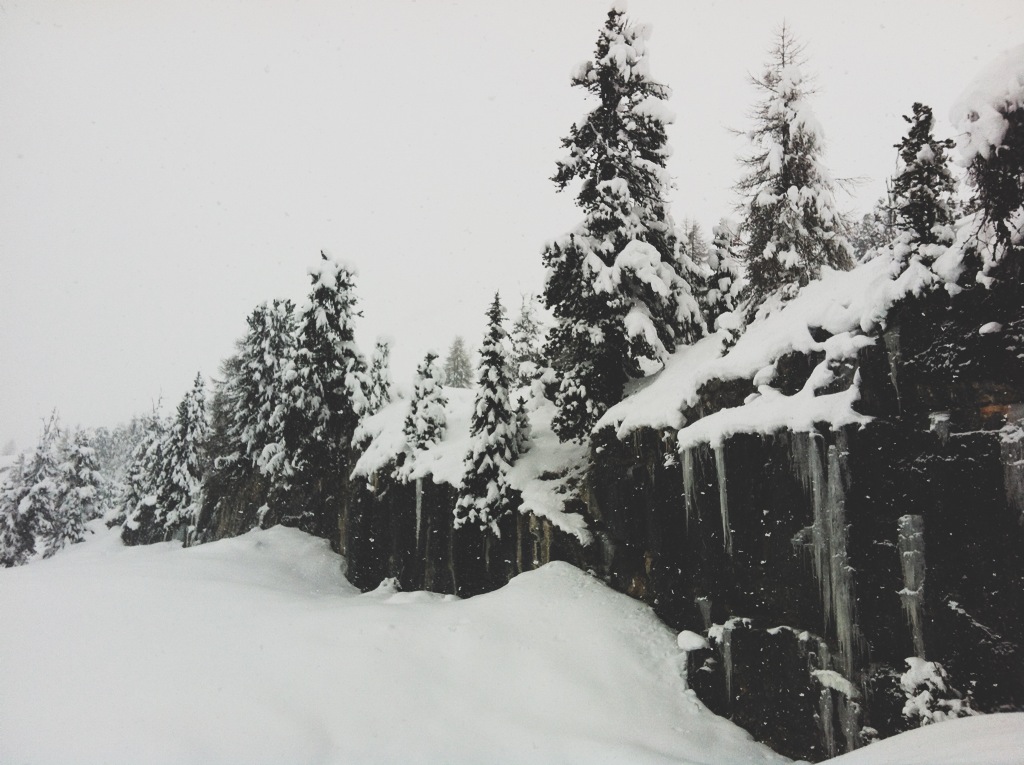 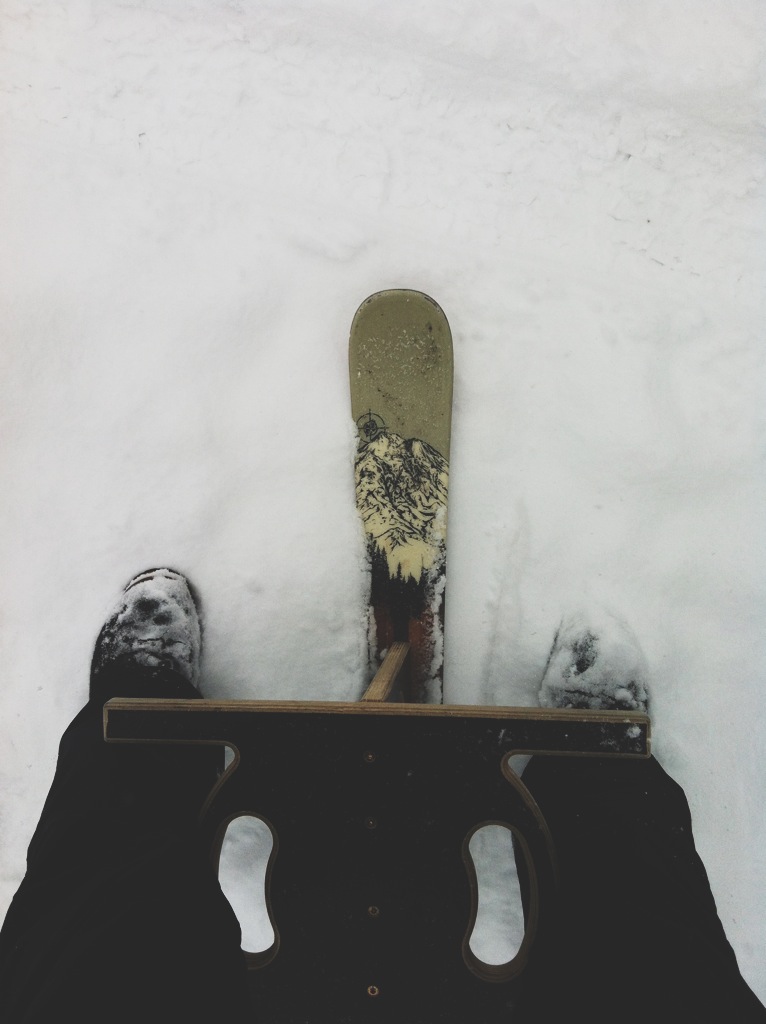 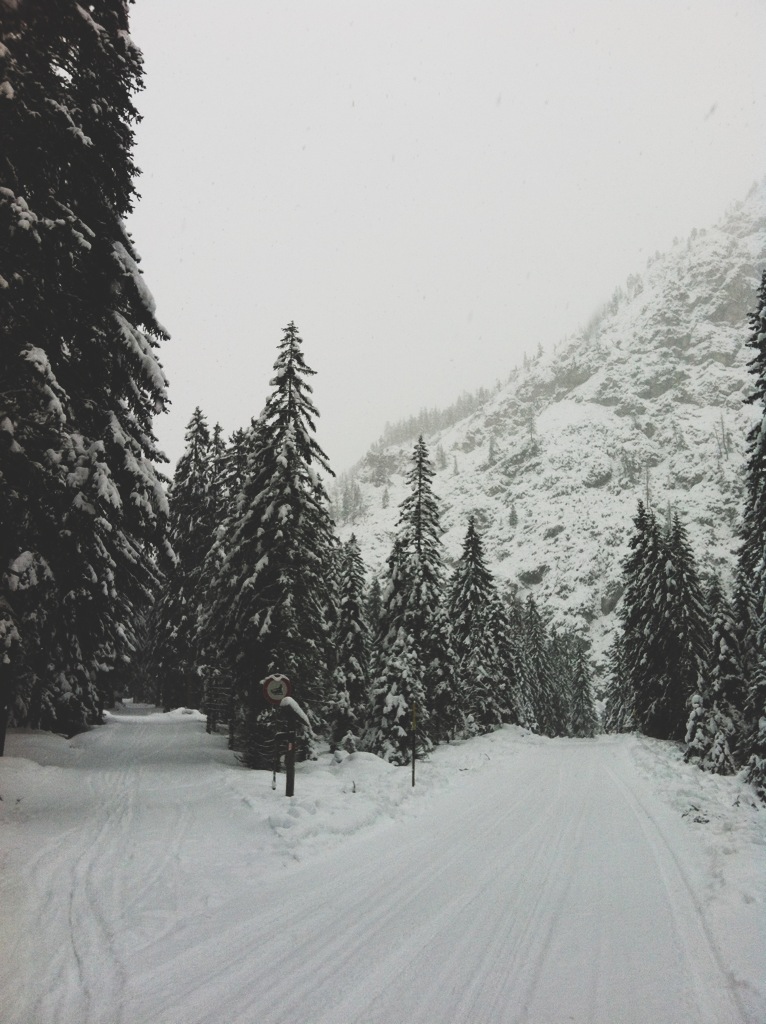 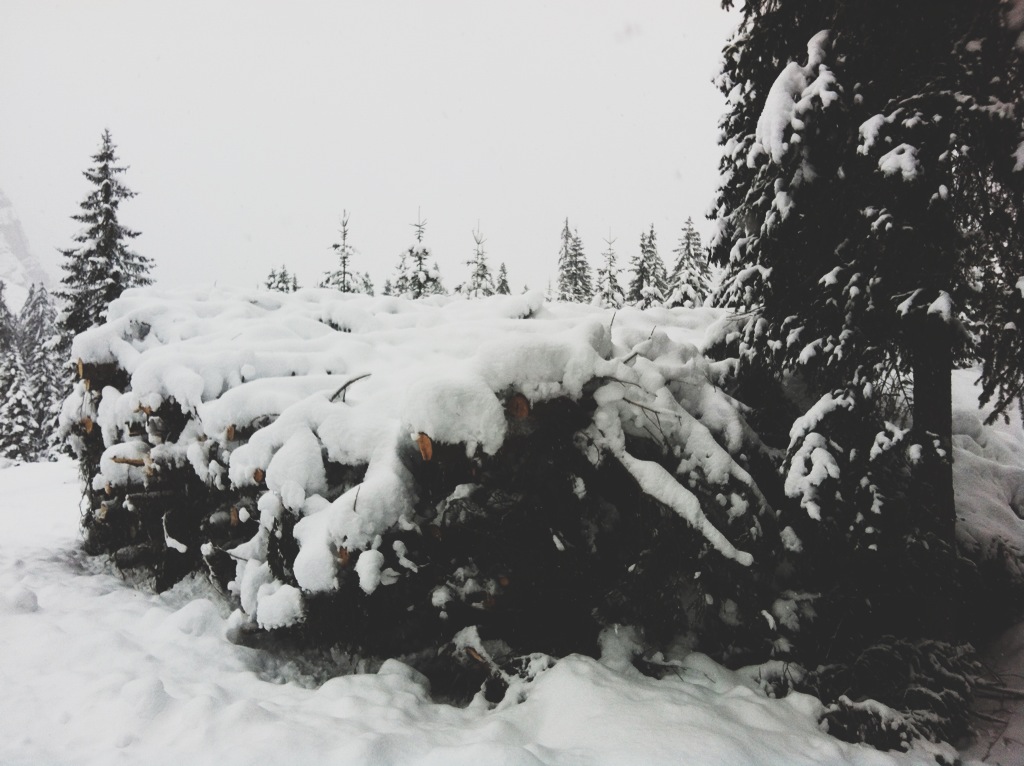 i’m not an excellent skier, but i do enjoy it very, very much. so when i was asked to go on a trip to süd-tirol to check out the area, i didn’t need much convincing. and when i heard there would be good food involved – and lots of it – i pretty much started counting down the days.
anything that has the word ‘tirol’ in it possibly gets the same reaction out of you as it did out of me. lederhosen? yodeling maybe? but apparently i was wrong to think süd-tirol would be only about tradition. sure, we went to a ladin cooking class that had me wondering as much about the slightly creepy decor as about how women in this area succeed in eating more than one knödel at a time, ever. (seriously, this is the most filling food i’ve ever had. i’m a huge eater, but i couldn’t master more than one! it was delicious though.)
but we also went skiing in alta badia, where we went from chalet to chalet on the slopes, trying out the mini-dishes various michelin star chefs from the area have devised for the region’s gourmet skisafari. now, this is the way i like to do winter sports. slope food usually doesn’t thrill me, but this high-level, small-portioned, italian-influenced version of it? i loved it to bits.
the next day, we moved on to kronplatz, where the weather was fantastic, the slopes were still delightfully void of tourists and the snow was fresh and plentiful. i especially loved how modern this area turned out to be: heated lifts, a bmw xdrive installation that films your slalom descent when you put a euro in it, and escalators where climbing the stairs in skiboots would be cruel instead of sporty. my kind of winter sports indeed.
the thing that surprised me most, though, was how much i liked the experience of snowshoewalking up a mountain and sledding downhill again afterward on a so-called pöckl. i can’t deny dreading all of it in advance, but i was pleasantly surprised by how beautiful the mountains are when no one else is around. and i really liked the sledding, though my abdominals are still hurting from that particular endeavor. (you try it, you’ll see.)
for your information: this trip was sponsored by süd-tirol and i was invited by their belgian pr affiliates. however, i only wrote about the stuff that i think fit 70percentpure, and the things that i really, honestly enjoyed very much.